In this article we present our empirical research regarding the Venus Mars opposition (aspect of 180°) in the natal chart.

To analyze the aspects and astrological configurations we make use of the AstroDatabank, which currently contains far over 58,000 birth data.

Let's first take a look at the general research results concerning the Venus-Mars opposition aspect in the natal chart of men and women.

Interestingly and quite surprisingly, only few (wo)men were found in the AstroDatabank with an exact Venus Mars opposition!

This results in some blank and/or inconclusive findings below.

The General Meaning of the Venus Mars opposition

Let's now take a look at the research results concerning the APPLYING Venus-Mars opposition aspect in the natal chart of men and women.

Below is an image of an applying Venus-Mars opposition. 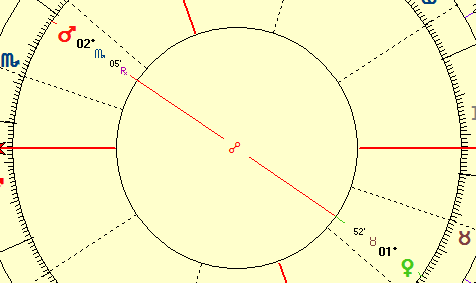 Let's now take a look at the research results concerning the SEPARATING Venus-Mars opposition in the natal chart of men and women.

Below is an image of a separating Venus-Mars opposition. 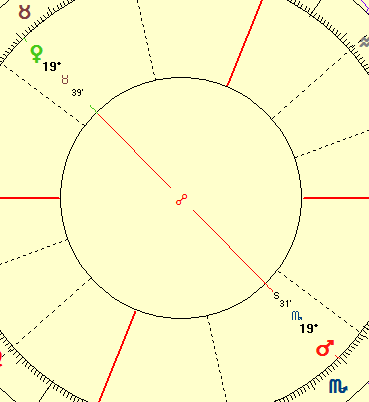