In this article we present our empirical research regarding the Venus Mars square (aspect of 90°) in the natal chart.

To analyze the aspects and astrological configurations we make use of the AstroDatabank, which currently contains far over 50,000 birth data.

Let's first take a look at the general research results concerning the Venus-Mars square aspect in the natal chart of men and women.

The General Meaning of the Venus Mars square

Let's now take a look at the research results concerning the APPLYING Venus-Mars square aspect in the natal chart of men and women.

Below is an image of an applying Venus-Mars square. 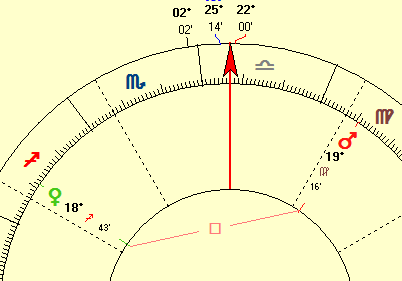 Let's now take a look at the research results concerning the SEPARATING Venus-Mars square aspect in the natal chart of men and women.

Below is an image of a separating Venus-Mars square. 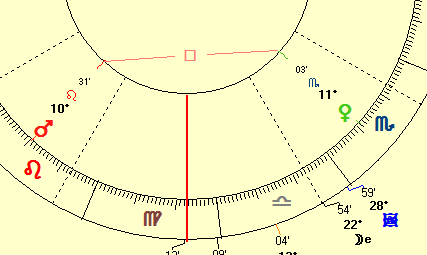