Below we present the horoscope with the Sun on the Ascendant. 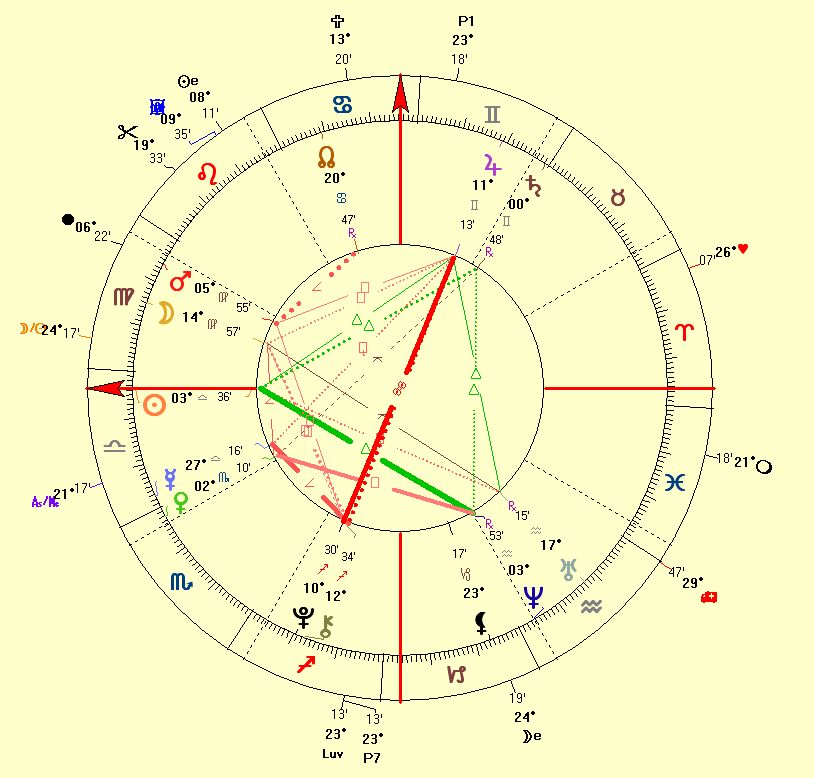 In fact there is more, in the launching chart: we can find a Grand Trine in Air Signs (between the Sun, Saturn and Neptune).

This Grand Trine denotes an idealistic and wisdom-gaining disposition. There is an eager intellect and there are a lot of rational faculties.

The Sun is posited at a degree associated with another World, a World beyond the Real World.

The Moon is posited at a degree of insight and explanation, again pointing to another World and a broadening of the own World View.

The Moon is in her final (balsamic) phase, a period in which a lot of ideas and inspirations are conceived.

Compatti.com (discontinued since 2007) seems to have some knowledge (Air Grand Trine) that no other dating service has.

By using an astrology-based rating system, Compatti™ simply helps the participants evaluate whether there is sufficient potential for a relationship.

In our opinion, their advanced web technology and exclusive compatibility astrology evaluation methods made them one of the best (if not the best) and most serious astrological matchmaking services.