Lavalife announced the launching of their new and improved Lavalife.com website on November 16, 2001.

The chart wheel below is cast for the initial founding, somewhere in 1987. 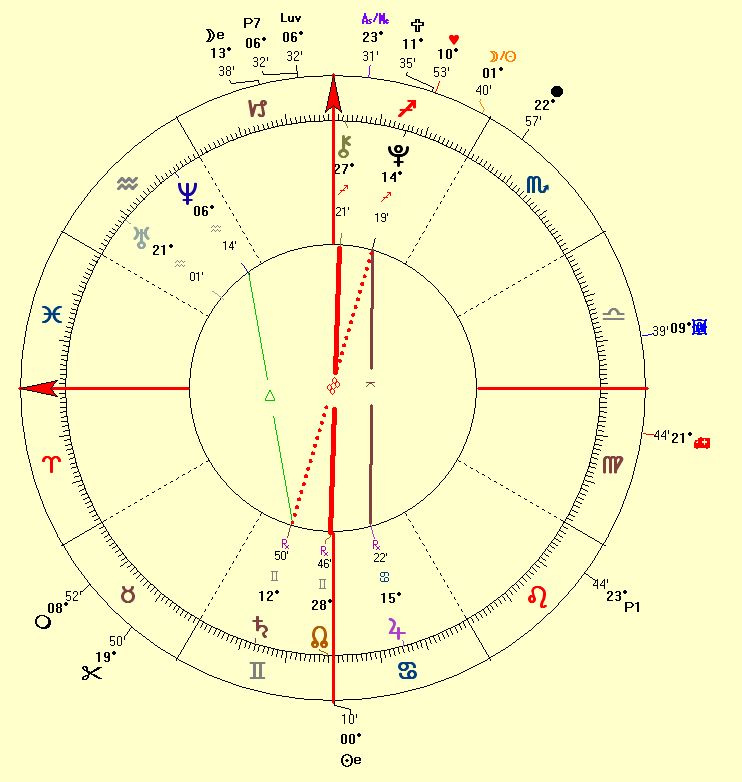 On that very day of November 16, we can see that transiting Pluto is conjoining Saturn in the corporation chart.

Transiting Jupiter in aspect to the Uranus/Pluto midpoint indicates a highly successful activity.

Because transiting Neptune was parallel Chiron in the corporation chart at that time, this transition will open new frontiers.

The coming years (from 2004 on), transiting Pluto will conjunct Uranus in the corporation chart bringing about new techniques and another (r)evolution in the online dating service.

This transit will bring Lavalife.com another high.

Moreover transiting Uranus, in Pisces, will trine Pluto indicating another breakthrough for Lavalife.com.

Telecommunication and the online dating service will prosper for the next couple of years.