The (Love) Life of Christina Aguilera 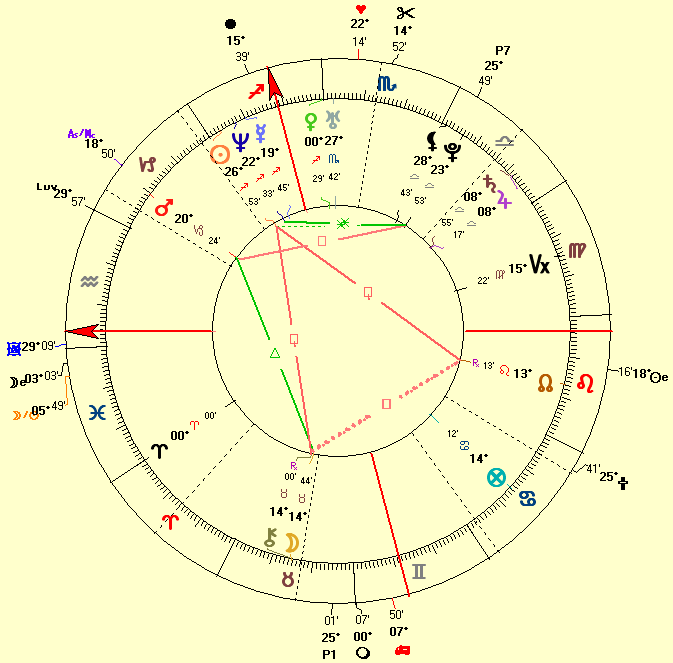 Standouts in the horoscope of Christina Aguilera

Not to overwhelm you with information, we will only assess the horoscope of Christina Aguilera by looking at the factors that have some meaning for her love life.

An emphasis on the Southern hemisphere implies that she wants to be out in the public, wants to be seen publicly.

She wants to express herself more openly in the visible world.

Venus at a "critical degree" (0° Sagittarius) suggests popularity and success.

She is sociable and has fame (0° Sagittarius is one of the degrees that represents fame, wealth, worldwide recognition).

The Moon too at a critical degree (14° Taurus) is indicative of self-containment and being able to collect oneself.

The physical body and comfort that brings a secure feeling all are very important in life.

The Sagittarius stellium (the MC, the Sun, Mercury, Venus and Neptune are in Sagittarius) points to someone who has high hopes, big ideals and expectations.

Sagittarius has lots of irons in the fire and looks at the bigger picture instead of the minutest details.

People with a Sagittarius stellium need lots of free space and wide open places and that's why they love to travel and long distances.

The downside is exaggeration as they cannot stand and easily cope with limits, restrictions and boundaries.

They dislike criticism which they perceive as a restriction or limitation.

The most exact aspects in her chart imply the following:

The rulers of the 8th and 9th house in mutual reception connect the meaning of both houses.

Her world view and beliefs are very much based upon principles, morals, and even certain dogmas.

She may have a very well developed life philosophy that she also wants to share and even propagate or lecture.

She just loves to share her imagination and beliefs and her charisma is able to persuade others.

The love life of Christina Aguilera

Christina Aguilera dated her back-up dancer Jorge Santos between 2000-2002, but Jorge was quoted saying that he was far from ready for a serious relationship, with allegedly Aguilera was interested in.

They separated in September 2010 and she filed for divorce from Bratman in October 2010, requesting joint legal and physical custody of their son Max.

In late 2010, Christina Aguilera started dating Matthew Rutler, whom she met during the set of Burlesque.

The father is her fiancé Matt Rutler.