The (Love) Life of Warren Beatty 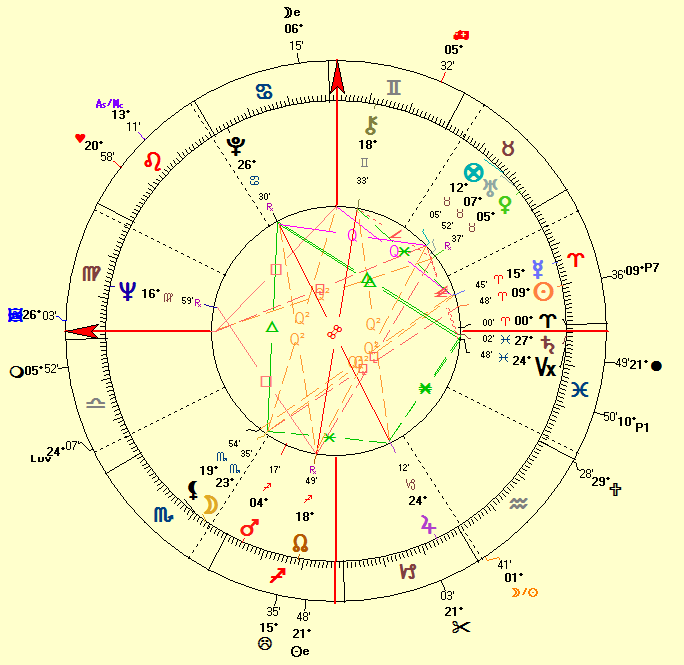 Standouts in the horoscope of Warren Beatty

Not to overwhelm you with information, we will only assess the horoscope of Warren Beatty by looking at the factors that only have some meaning for his love life.

The ruler of the Ascendant at a critical degree fully marks the person because the ruler of the 1st house represents the primal urges and the most instinctive drives.

At 15° Aries, the ruler of the Ascendant is about passion, to be in 'fire and flame' easily, following the principle 'easy come easy go', living strong physical desires and urges... (especially when young).

Later in life, this critical degree may indicate more stress in relationships though.

Because the ruler of the 1st house is posited in the 7th house of encounters and relationships, this only adds to the extreme urge to bump into someone else and blend with another, 'the other.'

Mercury, representing youth, in the 7th house in Aries often points to younger lovers as well.

Hence, it does not come as a surprise there is a 21-22 year age difference with his wife!

Saturn conjunct a house cusp really is that important because it just hooks to the significations of that house.

The 7th house represents encounters, relationships, meetings and the 'significant other' as well.

In this position, Saturn, clings, hooks to the 'significant other.'

No wonder, this configuration denotes a long lasting bond.

The Venus-Uranus conjunction in Taurus in the 8th house reflects short-lived encounters, love at first sight and sexual experiments.

The sexual part is especially indicated by the involvement of Mars (inconjunct Venus) in fiery and outgoing Sagittarius.

In a male horoscope, retrograde Venus delays love and marriages.

No wonder Warren Beatty married for the first time when he was 56 already!

The Grand Trine in water signs between the Moon, Saturn and Pluto indicates a very intuitive, caring and sensitive nature who feels the atmosphere instantly and reacts accordingly.

Warren Beatty is a very private person with a soft side.

Also, a Grand Trine is told to denote too self-sufficient, self-fulfilled, dignified and vain (self-conscious) characteristics as well.

The marriage was only made public around March 12, 1992 because both partners wanted a very private ceremony.

They met in November 1990 in San Pietro, Beverly Hills and it was love at first sight.

The chart of his Wedding below is calculated with the Sun at the Ascendant since the time of the wedding is unknown. 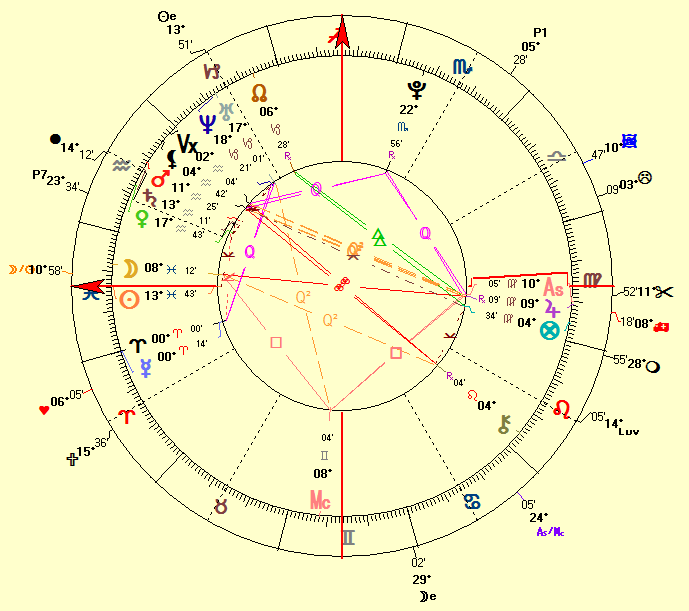 We only look at what stands out on that day:

In this marriage horoscope Mercury at 0° Aries (the Vernal point) suggests public news, news in general.

The midpoints in the 45° dial/list point to: