The (Love) Life of Julia Roberts 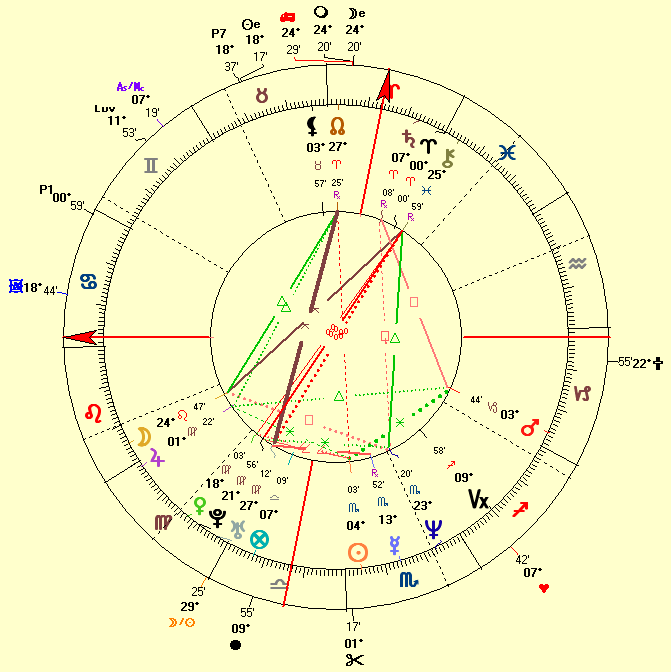 Standouts in the horoscope of Julia Roberts

Not to overwhelm you with information, we will only assess the horoscope of Julia Roberts by looking at these factors that have some meaning for her love life.

In the horoscope of Julia Roberts we can find the following standouts:

People born under a Moon void-of-course are said to be 'wanderers', who go with the flow of time and tend to 'suddenly' fall in love (and even 'fall in marriage').

They are constantly on the move (want to move), but without a specific direction.

They do not belong to somebody, nor do they rest for a long time in one place.

Research has shown that people born under a Moon void-of-course were denied from a normal family-life.

If we transfer this all to the life of Julia Roberts, we think all the research hits the nail!

When a planet is in the same degree as the North Node, matters can become critical. There may be a crisis.

Considering the Node and Uranus act together on the same degree, we get an eventful, upsetting and disruptive combination.

Uranus always breaks away the bonds that the North Node wants to make.

When Julia Roberts's birth time is accurate, the Ascendant on the 27th degree comes to the foreground too, making things not better (but not worse either).

The combination of these three points denotes sudden events between people, sudden new encounters and breaking away from other people.

When two planets are in each other's natural Sign, the planets are said to be in mutual reception, giving exchange status.

Taking the mutual reception litterally, means that there is exchange status between the partner and public recognition.

Julia Roberts is inclined to choose well-known partners, notable partners who have some impact on her own career too.

A missing air element almost always signifies someone who is very creative.

Research done with the AstroDatabank has confirmed this, so Julia Roberts must be a very creative person.

The marriage horoscope of Julia Roberts

Let's take a closer look at her marriage horoscope for a moment. 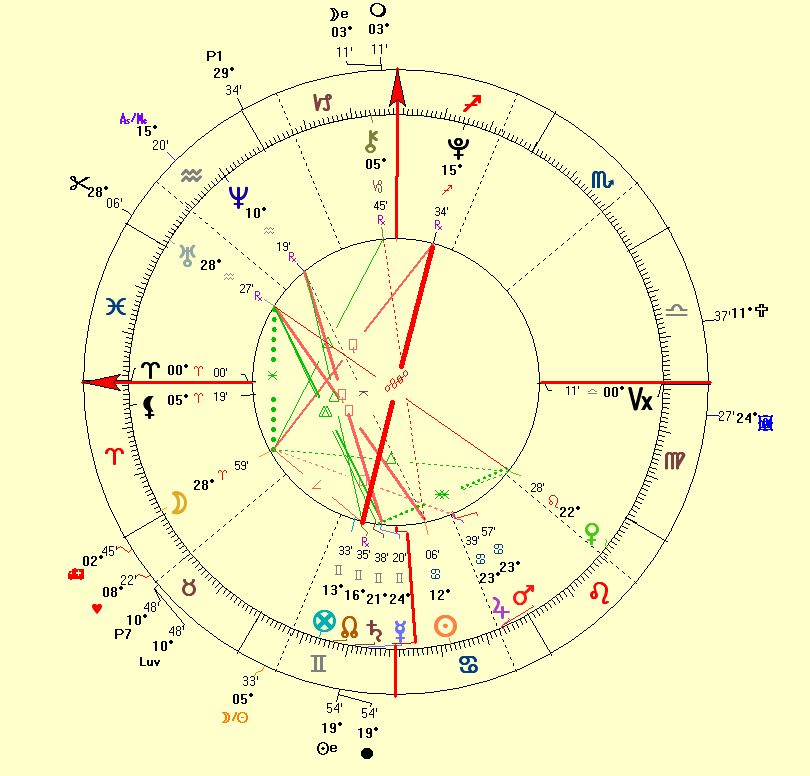 And again, we will only look at what strikes us on that very moment.

In this marriage horoscope of Julia Roberts we find a Moon void-of-course on the 29th degree Aries.

Any idea what this may signify?

Look what we told on our dating page.

The archetypal and basic meaning is 'that the situation will not change.'

In a marriage horoscope this is not such a bad thing!

At the time of a date or first meeting, this would be a serious issue but when the partners already know each other very well, their status won't change and they may remain together.

The Mars-Jupiter conjunction denotes a successful event and is exactly trine to Julia Roberts's natal Neptune!

Here we have a Mars-Jupiter-Neptune combination denoting dreams coming true! How Wonderful.

However, the Fixed Star Pollux can bring embarrassing situations.

It is said that this Fixed Star creates jealousy and domestic problems, legal losses and trouble...

The 0 degrees denote a new beginning, especially 0 degree of Aries.

However, because the very exact time of the Wedding is not known, we will not delve deeper into this item because we may be totally wrong.

When we, at Cosmic Technologies, analyze horoscopes, we often consult Astrodamus 1.0™ to see whether we can verify these findings in another way. We're also curious to know what the future may hold...

Before analyzing the horoscope of Julia Roberts we first entered the following life events in Astrodamus 1.0™ to see if her time of birth is correct:

Astrodamus 1.0™ rectified the time to 12:25 EDT which brings the Ascendant on the 29th degree Cancer.

The 2002 annual analysis of Julia Roberts gave the following indications:

This clearly indicates a marriage. Don't you think?

A couple of years further, we notice the following blocks:

In November 2004 she gave birth to twins.

The red and maroon text blocks did point to some problems during her pregnancy.

The twins were born a month premature.

How will Julia Roberts fare according to Astrodamus?

The twins were born a month premature.