The (Love) Life of Donald Trump 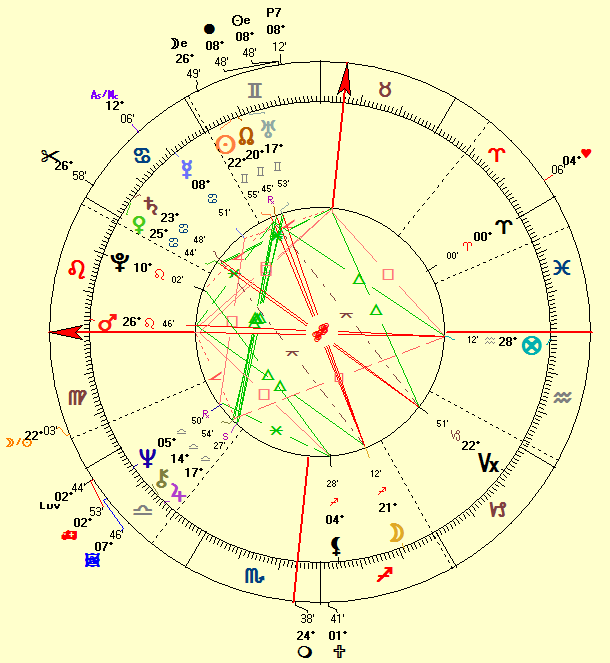 Standouts in the horoscope of Donald Trump

Not to overwhelm you with information, we will only assess the horoscope of Donald Trump by looking at the factors that only have some meaning for his love life.

In the horoscope of Donald Trump we can find the following standouts:

His predominant fire element suggests a flamboyant and lively nature, the more so because his Ascendant is in the fire sign Leo as well.

On our sign compatibility page, we already mentioned that predominant fire signs make themselves visible, noticeable.

You not only hear them, but you will see them physically too because they just love to 'show up' and make some 'drama' and noise.

Planets in the eastern hemisphere of the horoscope wheel indicate a self-reliant person who is very much interested in our society due to the strong 4th Quadrant (houses 10, 11 and 12).

There are huge power issues and he may be quite forceful - for good or ill.

The powerful Saturn-Uranus connection is also called the configuration of the 'split personality.'

This connection confirms and even reinforces his mutable Full Moon with the Lights posited in double signs.

The advantage is that he has the ability to blend contradictory points of view but on the other hand, it's still a very divided connection, so that he really needs to be clear about his own points of view.

He should avoid 'double-speak' and try to learn to have a vision on his own.

Any Saturn-Uranus connection brings tension and stress in the life of the native also.

The Full Moon in double signs is a very idealistic one.

He's able to focus his desires on one single object and pursue that object with full force and passion.

In matters of love, this Full Moon phase is not able to settle down easily though.

He also has to learn to manage and master the opposites that manifest within his own personality.

In Sagittarius, this Full Moon struggles between reform and tradition (confirmed by the powerful Saturn-Uranus connection), between the beliefs/concepts and the more rational parts and he may often choose the most emotionally appealing solution to problems (confirmed by his predominant fire traits).

Donald Trump is able to personally push through.

The Moon opposite the North Node of the Moon on the other hand points to the wrong connections with some people.

He may have tons of encounters and meetings but he often has the wrong ones that rather block his progress.

This makes for vacillating and/or short-lived contacts with numerous people.

The very close midpoints in the 45° dial can be delineated as follows:

The 2005 marriage horoscope of Donald Trump

Let's take a look at his current marriage to Melania Knauss.

The marriage horoscope below is calculated for 19:00, the estimated time of the marriage. 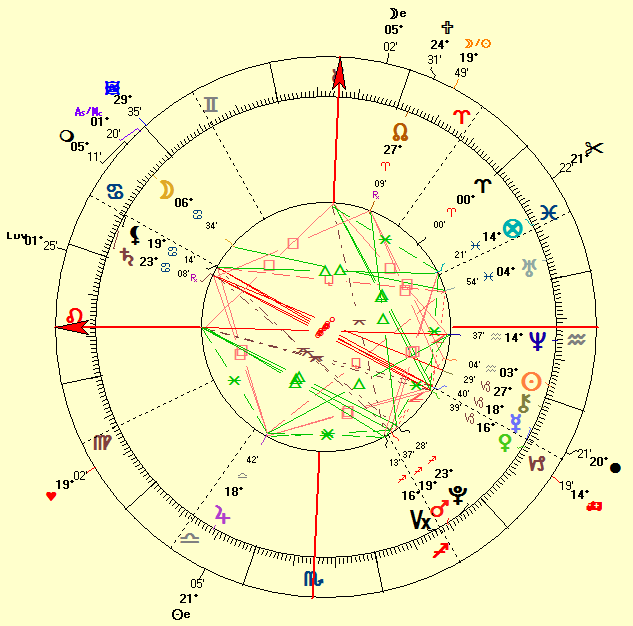 And again, we will only look at what stands out on that very moment even though there are not a lot of configurations jumping out.

This is a very disruptive and turbulent planetary picture that we rather don't want to have in a wedding horoscope.

It increases the likelihood of separation and divorce.

There also is a tight Saturn-Pluto inconjunct (both bodies being at the same numerical degree as well).

This Saturn-Pluto inconjunct is not that important because it's a generational aspect but it may have some relevance if we take the house rulerships into account.

In this case, there may be some issues between the family and home life and work.

Both life domains are not really compatible and this may bring about some frustration.

Most Saturn-Pluto aspects can be very rigid, tenacious, stubborn and fixed though (most often because of jealousy and/or control issues).

The other tight aspect is the square between Mercury and Jupiter.

Expansive Jupiter often exaggerates and with Mercury there can be misjudgments.

There are big expectations but also some disappointments to take into account.

Generally, this is not too bad an aspect and often it involves big expenses and purchases.